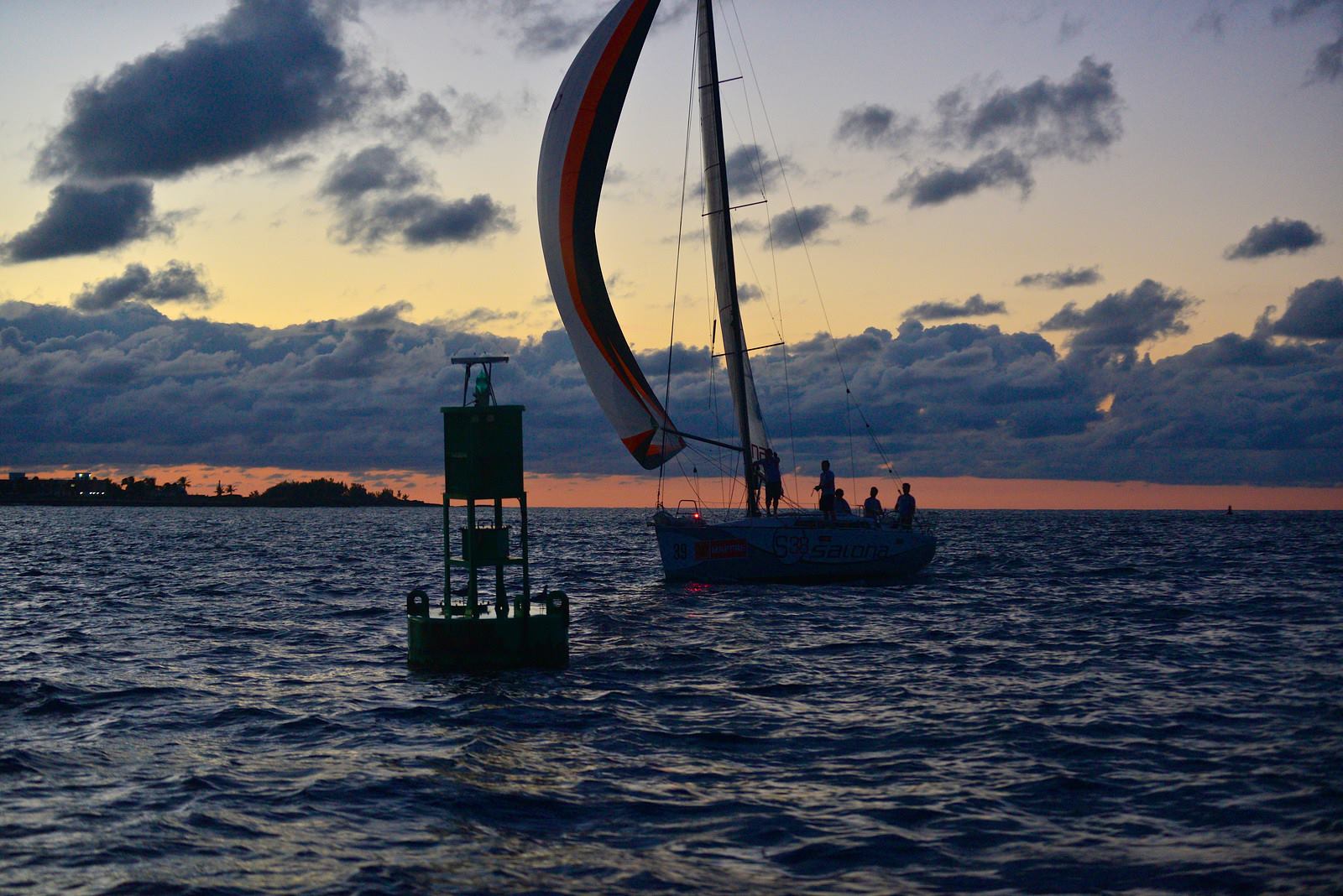 Once again the S38 finish in better positions than the J boats and the Beneteau first 47.

A cursory look at the list of past winners of the Miami-Nassau Cup Race reads like a who’s-who of yacht racing history, dating back to the 1930s. From Carleton Mitchell’s four wins with Caribee and Finisterre in the 50s, to Jim Bishop’s four wins with Gold Digger from 2003 to 2009, the first race in the 2014-2015 SORC season has always attracted a challenging fleet of competitors big and small, from near and far. Be it George Coumantarous’ maxi Boomerang winning in 1987 or MIT Professor Jerry Milgram’s 37-foot cat ketch Cascade, the 1973 winner that turned the early 1970’s racing world on end, winning the Nassau race was always within the grasp of any number of competitors.

This year’s race, the 81st, hosted by Coral Reef Yacht Club, Nassau Yacht Club, Lauderdale Yacht Club, and Storm Trysail Club, is no different, with IRC and PHRF fleets well stocked with talent capable of joining that list of winners. While forecasted light northerlies for the trip up around Great Isaac and Great Stirrup and down to Nassau, suggest that the 13.5 hour race record, set by Ron O’Hanley’s Privateer in 2012 will remain for another year, there should be some good racing action in both classes. Christian Schaumloffel is back to defend last year’s overall win, with his Hobie 33 Mirage, but will face a challenge from any number of boats, including Dave Maraj’s brand new Oyster 575 24 Heures, skippered by Anson Mulder, and Frank Kern’s former Pineapple Cup Winner Carinthia, south from the Great Lakes for another winter racing season. The IRC Class has another former Pineapple Cup Winner, Stuart Hebb/John Vincent’s Aerodyne 38 Thin Ice, vying for the win against Robin Team’s J-122 Teamwork, and a similarly talented class.