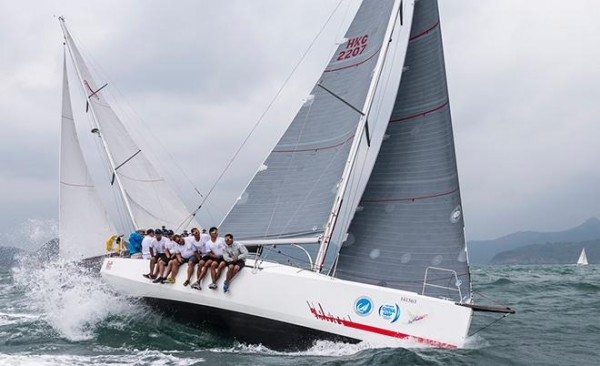 The Sun Fast 3600 “Ymir” dominated IRC division B at the 2014 China Cup International Regatta in Shenzhen, with the designer Daniel Andrieu as skipper and the crew made up of members of the Dong Feng sailing team, senior members of whom are contesting the current Volvo Ocean Race.

Among the division were the J109, Archambault 35, Archambault 40RC, Sydney 36 and Elan Performance 400, so it was a highly competitive fleet and the Sun Fast 3600 won with a large advance of 12 points over the four days of racing. This is an amazing performance considering the boat was just commissioned a few days earlier.

Other successes at the China Cup included Tyche, a Jeanneau 57 who’s got the 3rd place in the IRC division C of and the victory of Scintilla, a Sun Odyssey 40.3, in HKPN division B.

We should also note the strong performance of Franck Paillet’s Sun Fast 3200, “Tam Tam Bonifacio –Hokua,” which won the Tour of Corsica!

The Sun Fast line is riding high on the wind to victory!