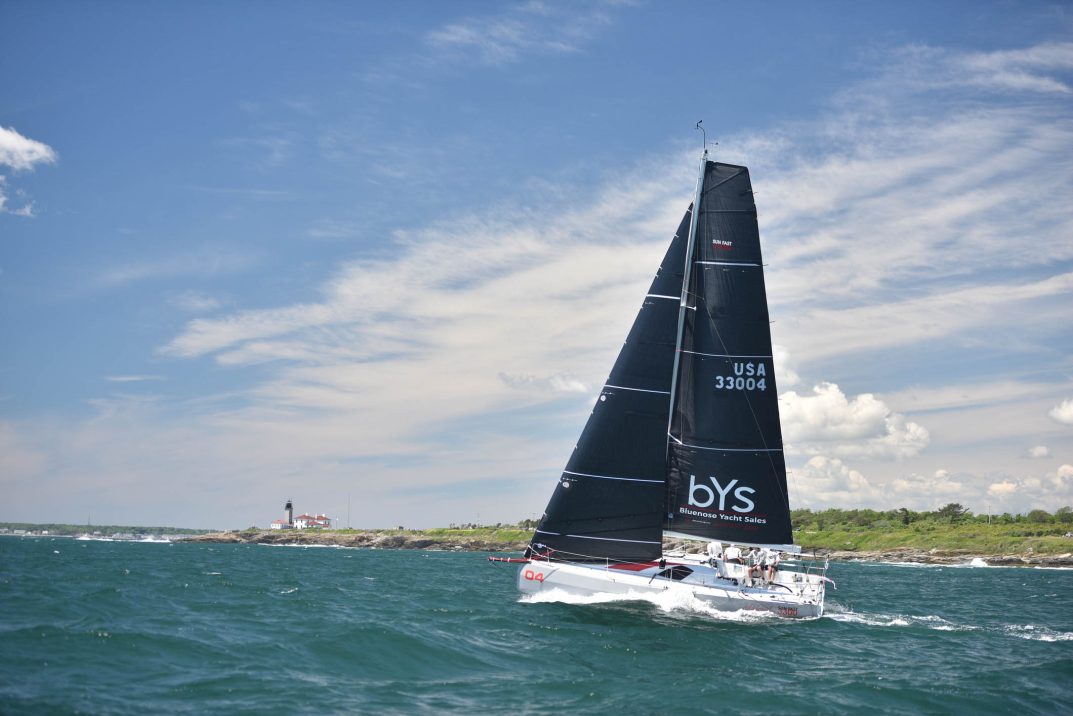 After months of preparation and training, the Sun Fast 3300, Alchemist, is ready to start the Newport Bermuda Race! The Alchemist team, consisting of Glenn Walters of Bluenose Yacht Sales, Darren Walters, Ryan Novak-Smith and James Harayda, leave Newport this afternoon for the 635-mile “Thrash to the Onion Patch.”

The Newport Bermuda Race is a biennial, 635 mile yacht race from Newport, Rhode Island to Bermuda. It’s the oldest regularly scheduled ocean race in the world and is raced almost entirely out of sight of land. With close to 200 entries, the race attracts sailors from across North America and the globe.

Racing in the Gibbs Hill Lighthouse Division, Alchemist is competing against racing thoroughbreds crewed by professional sailors. Despite being one of the smallest boats in the fleet, the Sunfast 3300 was designed for transoceanic and long-distance races and is built for offshore performance, so the other boats better watch out! After leaving Newport, the team will enter the Atlantic and then navigate the rough waters and ever-changing currents of the Gulf Stream, before finishing off St. David’s Lighthouse, Bermuda.

Three other Jeanneaus are doing the Newport Bermuda Race, including two Jeanneau 53’s in the St. David’s Lighthouse Division and a Sun Fast 3600 in the Double-Handed Division.

The Bermuda Race begins on Friday, June 17th in Newport, RI. For anyone interested in following the race to Bermuda, you can track it on the Bluenose Yacht Sales sponsored Tracker.