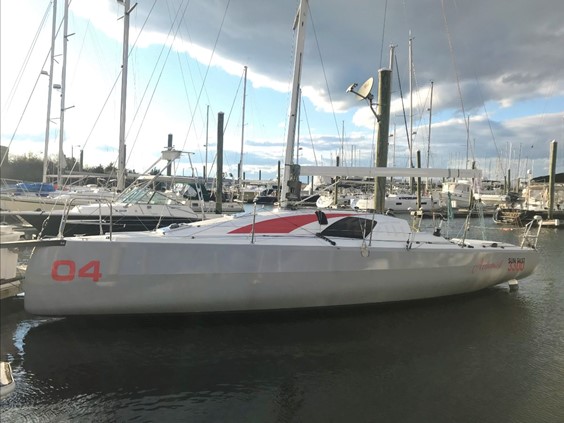 Periodically, we bring you articles from our race sponsors of value to many in our community of race fans and competitors. This story comes from official race sponsor and our exclusive sponsor of the YB Tracker, Bluenose Yacht Sales, which has entered its own boat in the race.

The Sun Fast 3300 Alchemist gets set for pre-race spring sailing.

As with any major offshore race, meticulous planning and preparation are required to sail fast and safely in the Newport Bermuda Race. Every team looks for ways to optimize for the expected conditions and get an edge—and the Alchemist Sun Fast 3300 Racing Team is no exception. Every improvement can make a small but vital contribution, which cumulatively, can deliver a critical difference in finish position.

Let’s take a look at the upgrades made over the winter by the father-and-son team, Glenn and Darren Walters, with Bluenose Yacht Sales to the three-year-old Alchemist over the winter. These include adding load sensors to the forestay and halyards, building a new inventory of North Sails, and installing a device to remotely control the angle of the twin rudders.

It’s refreshing to see technology originally developed for the America’s Cup and Grand Prix race boats trickle down to production boats. Designed by Guillaume Verdier (designer of foiling IMOCAs) and Daniel Andrieu (Sun Fast’s original architect), the Sun Fast 3300 features many innovations, including an infusion-molded hull for added stiffness and reduced weight, twin rudders for greater control, a high volume reverse bow for improved downwind performance, and a cockpit that is perfectly set up for shorthanded sailing. Combined with a manageable sail plan that can propel the boat to speeds in excess of 20 knots, there’s no surprise the Sun Fast 3300 is one of the fastest growing classes in the world. 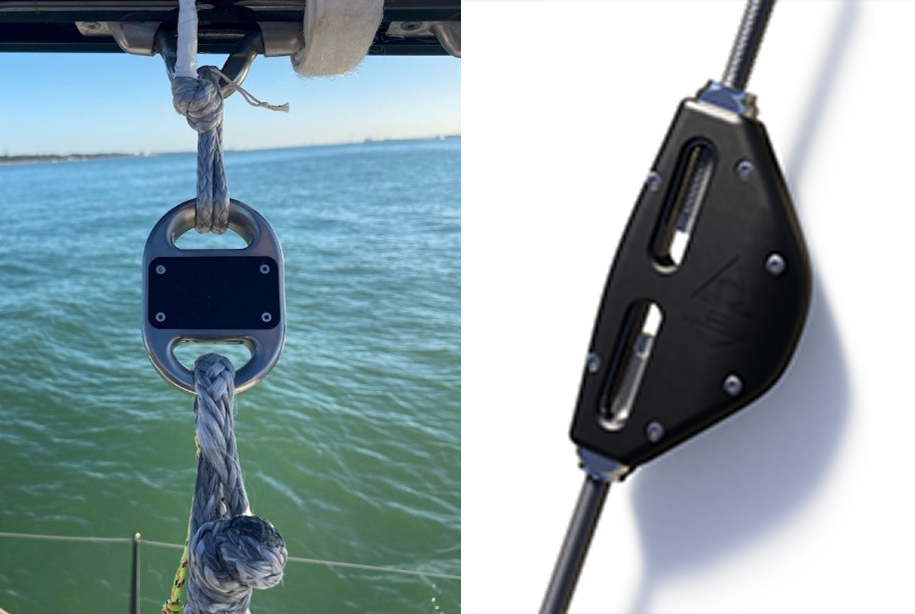 So how do we make a great boat even better? Working closely with partners at North Sails, Cyclops Marine and Fourth Cape, the Alchemist team focused on some critical upgrades that will help improve performance, quickly replicate go-fast settings, and protect the boat and rig from excessive loads.

Tuning and replicating rig settings can, at times, be elusive and frustrating. Recording the number of turns on a turnbuckle or grappling with a portable rig tension gauge is difficult and inaccurate, while achieving the right halyard tension is often more guesswork than science. With Cyclops Marine’s SmartTune, SmartLink, and SmartLuff load sensors, the guesswork is taken out of high-performance sailing. It’s now possible to repeatably achieve the optimal halyard tension and rig loads for every condition. 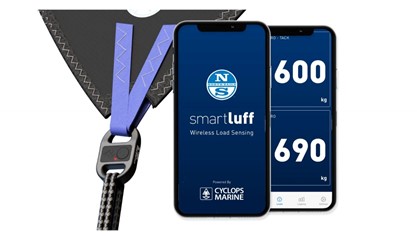 The Bluetooth-enabled SmartTune replaces existing turnbuckles and relays precise load information to a smartphone or the boat’s instruments. Coupled with a SmartLink sensor on the halyard, precise rig settings and halyard tensions can be achieved.

Developed in conjunction with North Sails, Cyclops Marine’s SmartLuff system monitors sail load in real-time, allowing the recommended loads to be easily repeated and ensuring the rigging and sails are not overloaded. The free app continuously logs data, allowing performance to be analyzed for ongoing improvement and fine-tuning.

The load sensors will not only help the Alchemist team quickly dial-in go-fast settings for every wind speed and direction but also will give them the confidence to achieve the recommended loads without overloading the rig or sails, dramatically improving safety and avoiding potential breakages. 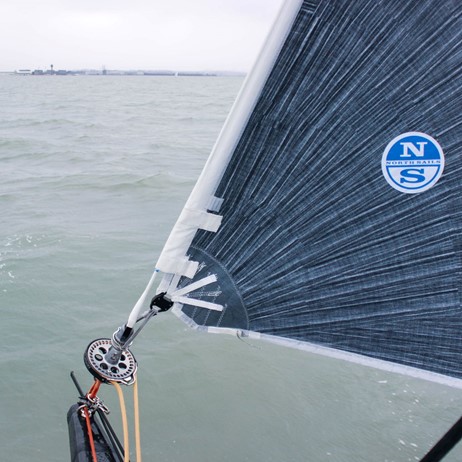 Alchemist’s new sail inventory for the Newport Bermuda Race includes a 3Di RAW mainsail with two reef points and two 3Di RAW Helix headsails; an all-purpose jib and an ORC heavy weather jib. According to North Sails Expert Will Welles, “The Helix Structured Luff enhances the jib’s performance and improves the sail across a wider wind range, decreasing the number of sails on board and reducing time-consuming sail changes.” The new inventory also includes a full suite of downwind sails, an A1.5, an A4, a Helix Code 65, and a spinnaker staysail. 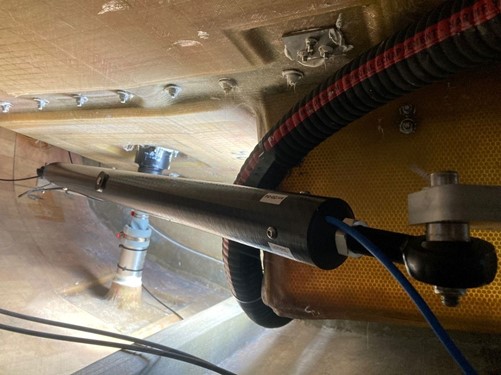 The E-Bar by Fourth Cape connects and can adjust angle of twin rudders while underway.

Twin rudders are increasingly popular on modern, wide-bodied, high-performance boats, providing greater traction and control in high-speed conditions. Similar to other boats of its genre, the Sun Fast 3300’s twin rudders contribute to the excellent feel and handling of the boat. Similar to sails, twin rudders need to be ‘trimmed’ to optimize the comparative angle between the two rudders, known as ‘toe-in’ and ‘toe out’. In the past, this involved crawling in the back of the boat and manually adjusting the rudders, not a pleasant job while underway!

Fourth Cape has developed the E-Bar, a lightweight carbon steering bar with push button control, allowing constant adjustments to be made while sailing. Optimal rudder angle minimizes windward rudder drag and maximizes control, delivering improved handling and increased speeds. In fact, Sun Fast 3300s equipped with the E-Bar have seen improved speeds of up to half a knot. When sailing doublehanded the rudders can be tuned to minimize weather helm, thereby reducing loads on the autopilot and conserving battery life.

The E-Bar system installed on Alchemist integrates with the B&G instruments to display the exact settings. The Newport Bermuda Race will provide the Alchemist team with plenty of opportunity to experiment with the rudder angles, ultimately determining the optimal rudder angles for every condition.

The net result of these upgrades is that Alchemist should be consistently faster, more controllable, and easier to sail, all without taking any hits to its rating. Now that the boat is back in the water, the team, which consists of a four-person crew, will begin putting all its winter work to the test. Stay tuned at https://www.facebook.com/BluenoseYachts/ for updates. 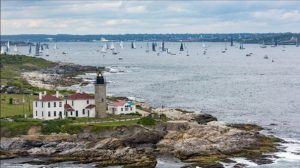 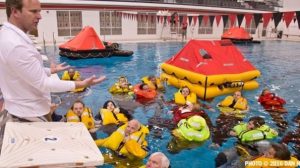 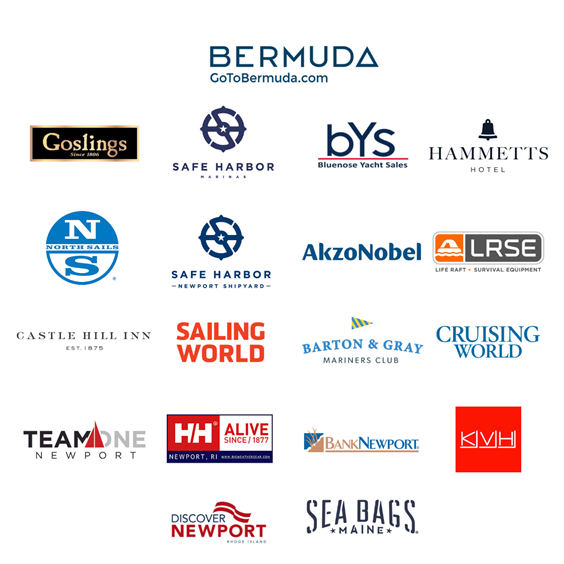 The Newport Bermuda Race is co-organized by the Cruising Club of America and the Royal Bermuda Yacht Club. It is managed by the Bermuda Race Organizing Committee, a joint working group. Learn more.