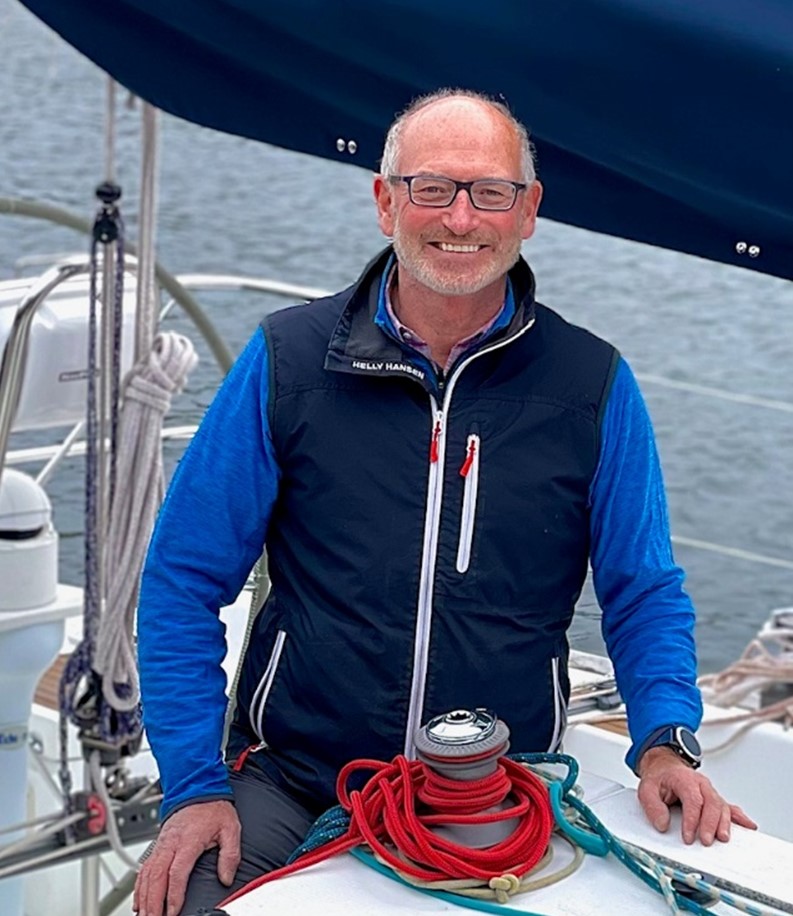 Jonathan grew up racing dinghies and one-designs on the south coast of England before embarking on a 4-year, 50,000-mile circumnavigation of the world as the skipper of Tenareze, a Swan 57. This epic voyage took in some of the world’s best sailing destinations, including the Mediterranean, Caribbean, Galapagos Islands, French Polynesia, Tonga, Fiji, New Zealand, Australia, Madagascar, South Africa, and New England.

Since coming ashore, Jonathan has held senior-level positions in the marine and outdoor industries, including Marine Market Manager at New England Ropes, V.P. Sales & Marketing of Thule, Executive Director of Sail America, and Chief Operating Officer at Siren Marine. Jonathan has served on the board of directors of Sail America, the Grow Boating Advisory Committee, the National Marine Trade Council, the Providence Community Boating Center, and the Barrington Yacht Club.

Jonathan resides in Rhode Island where he has raced on many types of boats, including Sunfish, Laser, Viper 640, various J Boats, and his Beneteau First 36.7, Oh, Behave! Jonathan has achieved notable racing successes, including two-time MG Spring national champion in the UK, winning multiple Barrington Yacht Club and NBYA events, podium finishes in the Ida Lewis Distance Race and the New England Solo Twin, and multiple victories in ocean races and on the Caribbean racing circuit.