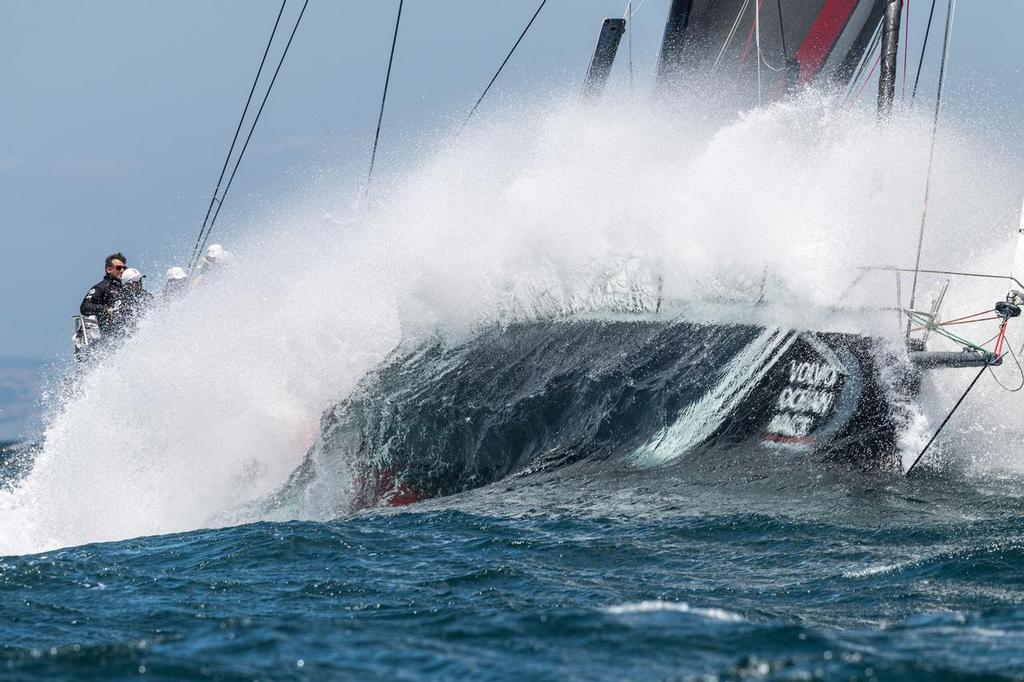 Check out the FULL leg 6 replay below!

Team AkzoNobel has won Leg 6 of the Volvo Ocean Race, racing 6,344 miles from Hong Kong to Auckland in 20 days, 9 hours and 17 minutes and 26 seconds.

It was a tremendous win, and came after an epic final 24 hours, when a ridge of high pressure off the north east coast of New Zealand stalled the progress of the leading boats, allowing those behind to close what had appeared to be an insurmountable gap.

For team AkzoNobel and SHK/Scallywag, the buffer they’d built up over the past week was only just sufficient, and they were able to match race down the coast all the way to the finish line in the Waitematā Harbour, usually sailing within hailing distance of each other.

In the end, the margin at the finish was just two minutes between first and second place.

“It’s been a 6,500 mile match race, it’s unreal,” said Tienpont. “I’ve never sailed a race like this in my life. We’ve always been in each other’s sights. They were always there. It’s been neck and neck. Huge respect to Scallywag, they never stopped fighting and we never stopped defending. I’m so proud of our crew. They never flinched.”

It’s the first leg win for team AkzoNobel and earns the team an important 8 points on the leaderboard, after fighting all the way to the finish with Scallywag.

“Our team never gives up,” said Scallywag skipper David Witt. “We just didn’t pull it off this time. We had our chances, but AkzoNobel were just a little bit too good this time. But we’ve come a long way since leg one.”

The second place finish in Leg 6, combined with a leg win into their home port of Hong Kong, has elevated SHK/Scallywag up to third place on the overall leaderboard.

While the weather pattern of the last 24 hours has made for a heart-stopping finish for race fans, it also led to a heart-breaking result for Dee Caffari’s Turn the Tide on Plastic.

Just 24 hours ago, Caffari and her team appeared poised to claim their first podium of the race, even while challenging for the leg win. MAPFRE and Dongfeng Race Team, first and second on the overall leaderboard, were over 60 miles behind Caffari.

View the full article at https://www.bluenoseyachts.com/?p=13659&preview=true